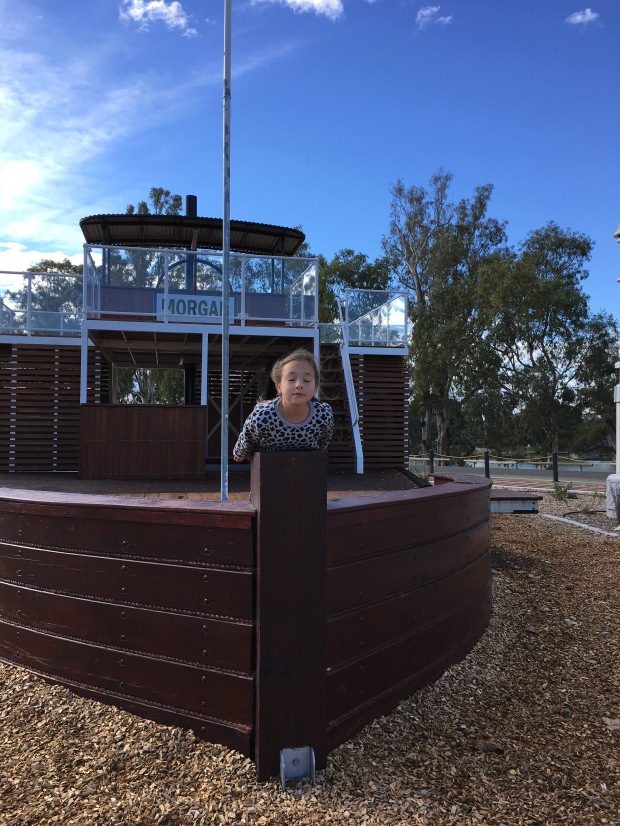 Our final night at Brachina wasn’t as cold as the previous night so I managed to sleep without socks and beanie and woke to a less frosty camper.

We could hear our 5yr old neighbour scuffing his feet in the dirt patiently waiting for Miss7 to come out and play with him. The two of them played together while we started to pack up the site and they even managed to put on a few new cute little musical performances for us in the process.

Our neighbours were on their way up to Darwin through the centre and I’d offered to share my experiences and any hints I’d learnt along the way. After they’d finished their pack up they came over with their maps and we looked through some of the great sites they were about to embark on. It was so lovely reminiscing on our travels up the centre and time spent previously in Darwin visiting my sister.

We headed off by mid morning meandering our way slowly out of Brachina Gorge admiring the views and lookouts on the way. I think the Flinders Ranges are definitely a future holiday destination to pull up camp for at least a week to get out and explore. 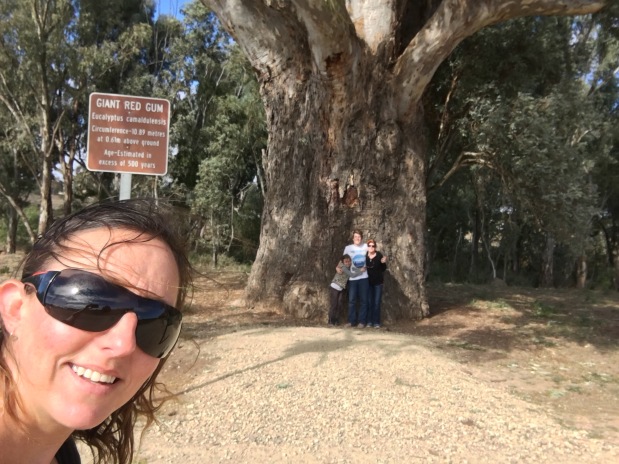 We stopped in Orroroo at the Giant Gum Tree and then a picturesque park by the water for lunch. From there we drove through Peterborough and the kids and I reminisced about our visit here last year (had no excuse to visit the cute Dr at the hospital this time around – I’ve successfully avoided cockatoos at close range this time!).

The plan was to make it to a Murray port town called Morgan (my brothers namesake) for the night. The drive was picturesque and changed from the rugged ranges of the national park to a gentler rolling landscape – different again to the flat vastness of far north of SA after leaving Birdsville.

The landscape was littered with countless abandoned ruins the entire trip – it seems such a shame to see so many old homesteads and drovers huts just left to crumble in the countryside. I daydreamed of restoring them and making homes for people or little day-stops for travellers. 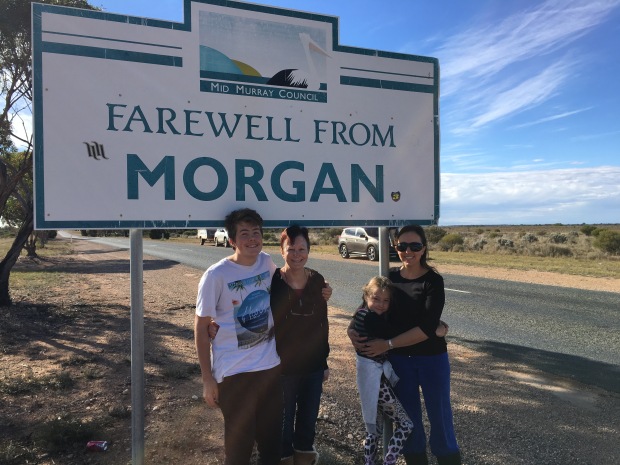 We arrived at Morgan in the late afternoon and were greeted with a gorgeous port and familiar scenery of River Red Gums along the mighty Murray River. We were also greeted by phone service as our phones all started going off with missed calls and messages – seems it had been a while since we had contact with the outside world!

It rained overnight at Morgan and it started to feel a little more like coming home. The kids played on the playground down at the port area while mum and I admired the view and mum grabbed a few souvenirs with my brothers name on them. The town was small (though still had two pubs) with a lovely Main Street overlooking the Murray and a ferry service to get across the river.

From here we were heading to Swan Hill for two nights before the final drive home to chilly Melbourne.